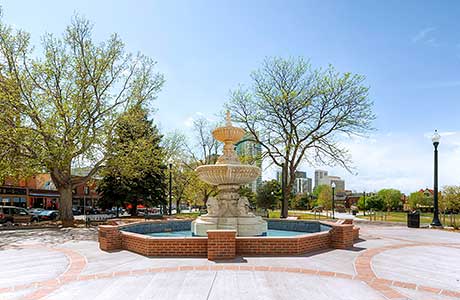 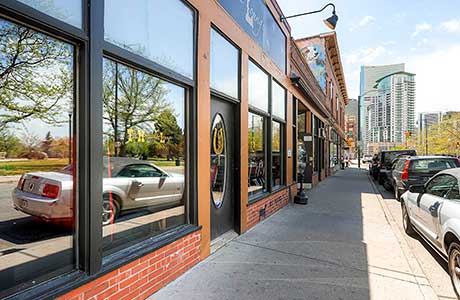 The Five Points neighborhood is filled with history; its commercial district was a stop for the world’s best African American jazz musicians in decades past. Along Welton Street that runs through the heart of the Five Points neighborhood, you’ll find the bustle and hum of 75 businesses, including restaurants, cafes, boutiques, barber shops, salons, banks and even a radio station. From its jazz roots to this proud stretch of merchants, the Five Points neighborhood has made its mark on the history books and in the hearts of its residents. Locals know restaurants in this neighborhood serve up some of the best Caribbean, soul food, catfish, and BBQ you’ll find anywhere. Music is still alive in the neighborhood including Five Points’ Juneteenth celebration — one of the biggest music festivals in America. Also, every May, Five Points celebrates its musical heritage with the Five Points Neighborhood Jazz Fest, a free event featuring more than 100 performers, great food and family friendly activities. One of the oldest neighborhoods in Denver is also probably experiencing some of the greatest transition in the metro area. The southern edge of the area runs right into Downtown Denver making its ideal location a magnet for developers as well as people wanting the edgy-cool feel of a upcoming area just footsteps from the heart of the city. Victorian homes were the rule when the area was first developed. Many of these still stand but interspersed are numerous modern dwellings including luxury lofts and sleek row homes.